'SPIRIT OF THE GAME'

Spirit of the Game is a unique & compelling animated movie, set in Britain, featuring the heroes, hooliganism, and underlying racism that exists in the current footballing culture. 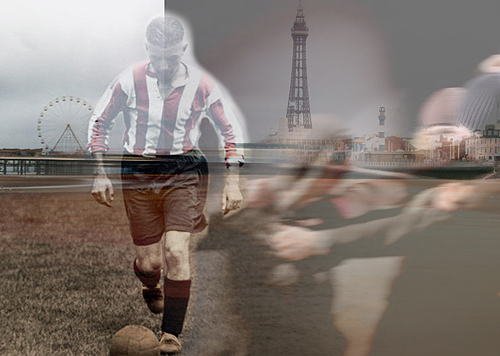 The film explores the emotional upheavals that engulf Jamie, a teenage boy who's outstanding footballing talent is held back by the ugly, violent and racist peer pressure that infects the world around him. This underbelly of ignorance not only threatens the boy's future success but it also haunts and threatens the world he loves so dearly - professional football. Vandalism, bigotry and hooliganism rip at the heart of Jamie’s family too, disrupting not only their daily lives but also those of the local football club and its community. Jamie becomes haunted in another way. He is increasingly aware of a strange presence that appears in his life. The presence he soon discoverers is the ghostly reappearance of arguably one the greatest ambassador the game ever had, Sir Stanley Matthews. An extraordinary relationship develops between them, to a point where Jamie's ever-present ‘life-coach’ enables him to understand that he needs to choose a different path, if he is to become the major player in the ‘beautiful game’ that his prodigious talent suggests. 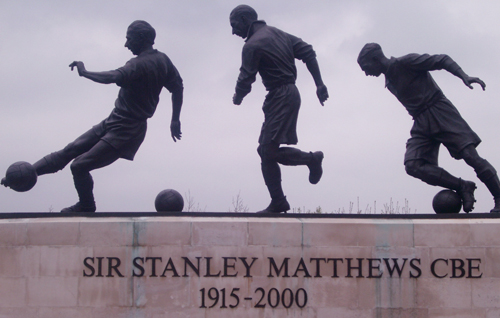 Sir Stanley Matthews was probably one of the most famous footballers of his era. He ultimately became one of the game's greatest ambassador too.  Matthews was a man who fully embodied the spirit of the game. Playing in the professional leagues up to the age of 50 (and for a pittance in terms of the salaries earned by players today) Matthews risked everything when he regularly traveled to South Africa, facing the red hot caldron of the Apartied system to coach underprivileged and impoverished young black players. For his amazing courage and compassion Stanley Matthews ultimately earning the revered nickname... 'the black man with the white face'.
Excerpt from British TV program featuring the courageous work Stanley Matthews did in South Africa, in the face of much hate and violence towards their black population at the time...
STAR*TOONZ ~ Let the stars shine in your eyes!